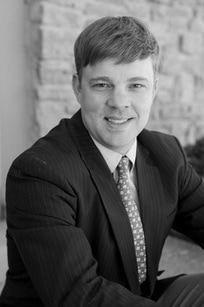 toph sheldon, cpa for the self-employed®

Toph (Christopher) Sheldon is a Certified Public Accountant (CPA) specializing in tax problem resolution.  He is an expert in representing clients in front of the IRS and protecting their families and businesses from unfair treatment by the taxing authorities.

An unconventional CPA (licensed in Ohio), Toph began his career as a PGA Golf Professional.  After earning a whopping total of $330 on the minor league golf tour, Toph concluded he was going to starve before he made a living as pro golfer. After spending the $50,000 loan he took out to chase his golf dreams, he finally decided to put golf on hold and pursue a career as a CPA in order to find more stability. With his $50,000 debt still hanging over his head, Toph entered the corporate world with an aspiration of quickly paying down his debt and becoming a partner at his new firm.  However, after eventually working for eight different companies over the next seven years, Toph finally realized the stability he was seeking was lacking and it was time for a much needed change.

With the majority of his debt still unpaid, Toph’s pregnant wife offered to help pay down his $50,000 debt, but also gave him an ultimatum: think outside the box and find a good business to start or get another job.  In her words, “You have to find a niche, something no one else is doing or else start building your resume”.  Shortly after receiving his ultimatum, Toph and his wife exchanged ideas during a seven-hour car ride to North Carolina.  By the end of the ride, they both liked the business idea of Toph helping people solve their tax problems.  Having personally experienced financial problems and the stress of being in debt, Toph knew he could relate and help people who were suffering from the stress their tax problems and the IRS were imposing on them.  Knowing that most people with tax problems want to work with a real, local person, Toph decided to brand the new company completely opposite of the large impersonal national companies.  Thus, Toph launched, Cincinnati Tax Resolution, a local company specializing in tax problem resolution.

Just days after returning to Cincinnati, Toph got a phone call from a potential client.  The prospect explained that they had not filed tax returns in more than 10 years and were worried they were going to end up in jail.  After doing an investigation, Toph recommended two tax resolution strategies to his new client.  Pleasantly surprised, the client agreed to implement them, and these strategies ultimately resulted in the client reducing their tax liabilities by more than $15,000.  With one tax problem resolved, the company had its first success story and hasn’t looked back since.

He currently resides in Cincinnati, Ohio with his wife (Ashley) and four children. Ashley, a native of Jamestown, New York, is a Registered Nurse (RN) and works part time at Cincinnati Children’s Hospital.  They enjoy spending their spare time together along with their two rescue dogs and cat.  They are avid hikers and hope to one day hike the entire 2,160 mile Appalachian Trail.  When they aren’t hiking, they are also passionate sports fans and can often be seen at the University of Cincinnati Bearcats football and basketball home games.

how did we do?

Happy with your Cincinnati Tax Resolution experience? Let us know! Please leave us a Google review.

Please contact us by providing your information in the boxes below. On average it will take 48 business hours to respond to your inquiry. If your situation needs more immediate attention, please give us a call.